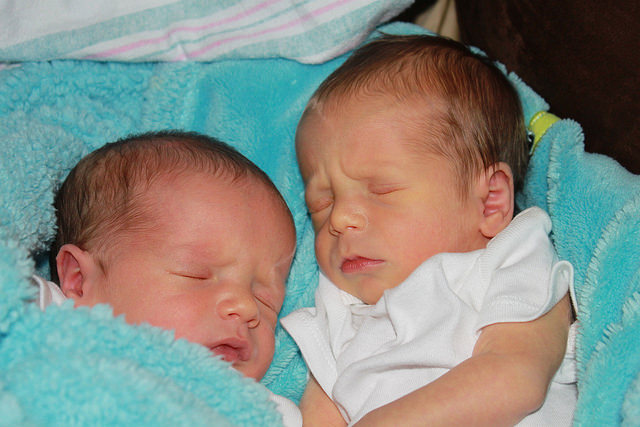 The Verstappen family were living a full on life milking cows, with Stacey and Louie in primary school, plus Ashton (age 3) in kindergarten. Then along came the “surprise” double blessing of twins! Mum Hailey had coped fairly well until the scan showed there would be two boys on the way…

At the scanning clinic she picked up a Nurture Nannies flyer and subsequently discovered Nurture had lots to offer. She had been fairly independent with the first three children, but realised that twins would be a huge energy drain at a stage of life where things were just beginning to accelerate. Hailey phoned Jan at the Nurture office and got some excellent tips on selection and employment. Her and husband Mike interviewed three nannies and could have happily employed any of them; but chose one who spoke some Dutch – much to the delight of Mike’s Dutch immigrant parents.

Nanny, Laura worked 15 hours per week and fitted in beautifully with the family, not only helping with the super active twins, but drawing the shy Ashton out of his shell, where he had been hiding for a year or so while the rest of the family had been powering on with their own lives. Ashton had not coped that well with the larger class sizes of kindergarten, but blossomed with the individual care and attention Laura could offer. Mike’s mother, Maria also got involved, helping out for 15 hours per week for which she received $45 in petrol vouchers per week. As the family were eligible for 9 hours of childcare subsidy for their 3 children as well as 240 hours of Home Help subsidy, plus the Nurture Resource Subsidy they were able to employ their nanny for 124 weeks without needing to pay anything.